All of SAReforest’s reforest sites are all within properties which are aimed at nature conservation and rehabilitation. Reforestation takes place in previously disturbed areas which are in dire need of active restoration. 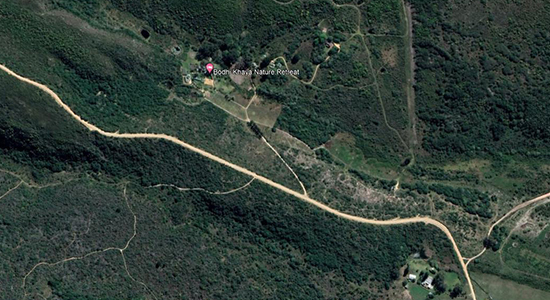 Bodhi Khaya is a peaceful haven nestled at the foot of the Witkransberg, in the beautiful Overberg region. This is your safe space to connect with nature, find deep rest and renewal, experience inner transformation and awaken to the wisdom of your heart. 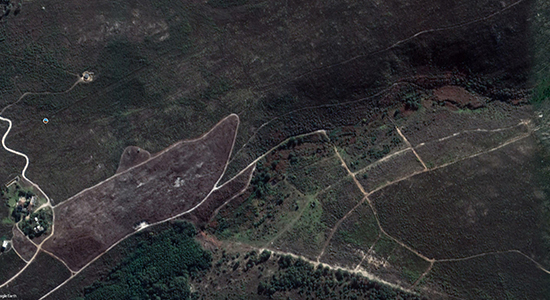 Farm 215 – private nature reserve, is a protected area under Stewardship of Cape Nature and the first reforestation site of Trees for Tourism. The reforest site is part of a large conservation-servitude in favour of Flora and Fauna International. The 800 hectares of this reserve is covered with different fynbos vegetation types, riparian areas and indigenous afromontane forest remnants.
The reforestation site is an area along a stream which was previously used for agriculture and subsequently infested with alien invasive vegetation. The invasive vegetation has been removed and reforestation pilots were done in 2007-2010. On the basis of the success of these pilots, 10’000 trees were planted out in 2011, followed each year by allocations of a few thousand trees.
Far removed from the daily grind of life, farm 215 is a private, intimate and secluded retreat where you can enjoy spacious accommodation, tranquility, an overpowering sense of space and the unique nature of the Cape Floral Kingdom. Farm 215 is the base station of the African Horse Company, organising outrides and multi-day horsetrails. 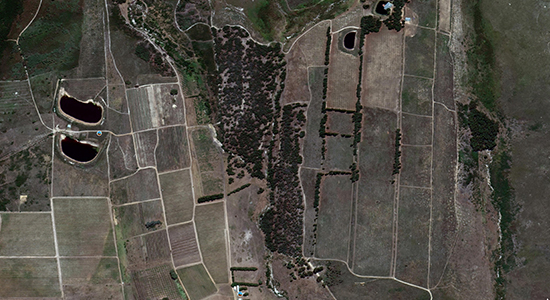 Goodwill Mountain is a permaculture project, retreat centre and guest farm which lies against the Kleinrivier mountains just outside Stanford. The reforestation site is 14 hectares of alien forest with predominantly Black Wattle as well as some Blue Gum and Port Jackson. The forest hugs a small river which is fed by the mountains and runs through the property.

During a large flood in 2005, the banks of the river were heavily damaged and there are now large dongas along the course as well as some places where the waterway cuts down to bedrock. Repairing the river and combating erosion will therefore be an important part of the rehabilitation process.

Some indigenous trees growing spontaneously indicate that this area has been a forest in the past, and that there is the water and fertility necessary for creating one anew. The alien vegetation will be cleared ongoingly as we plant the indigenous trees – in this way, the existing trees will act as support for the new ones and help to prevent erosion on the steeper slopes. Furthermore, Black Wattle trees fix nitrogen in the soil which the surrounding vegetation can benefit from.

Ultimately, this forest will become a sanctuary for plants, animals and humans alike. It will definitely be a place of peace and probably a source of inspiration, but hopefully also a call to action. 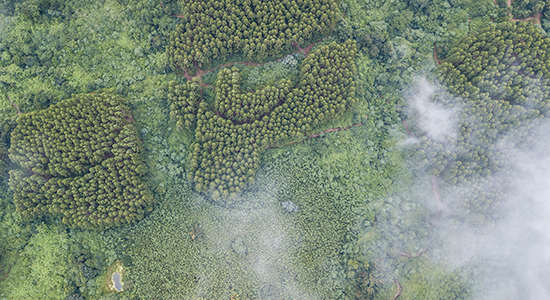 Ferncliffe is a remnant of endangered eastern mistbelt forest that clings to a ridge above the city of Pietermaritzburg, in the middle of a biodiversity hotspot with the highest tree diversity of any temperate forest in the world. It still has large mammals, and diverse forms of life, from bats and bushpigs to millipedes. It is a place of high endemism and rich biodiversity; its habitat and life forms score top of the class in the “irreplaceable” category.

Once 2,000 ha of the “Town’s Bush” covered these slopes, but its timber was heavily harvested in the 1800s and early 1900s, to the point that species like Podocarpus are now sparsely represented and just 250ha of forest remains. And now invasive plants, like the creeper called Mauritius Thorn (Caesalpinia decapetala) and Bugweed (Solanum mauritianum) are threatening what’s left.

Ferncliffe forest wilding is a young non-profit organisation devoted to the restoration and rewilding of this forest ecosystem. Its initial restoration pilot sites, about 5.5 ha in size, are in an area due to be gazetted as part of a wider Protected Environment. It works with the landowner, the Msunduzi Municipality and other stakeholders, to achieve its aims. And its work extends up towards the core area of forest as resources allow.

The NPO doesn’t chase huge numbers, preferring to plant larger trees and protect them with tree guards so that they survive in large numbers (the riotous KwaZulu-Natal growth and hungry browsers necessitate this). That said, it aims to plant 10,000 trees in its lifetime. It also aims to provide work opportunities that teach skills. And because of the time-consuming invasive vegetation clearing and thinning and follow-up that must be done prior to and post planting, its trees cost a more than some other organisations.

Rewilding Ferncliffe, a physical place of great beauty, is a symbol of what needs to be done across the globe: to take action in hyper-local, careful ways to contribute to a healthier society and planet. 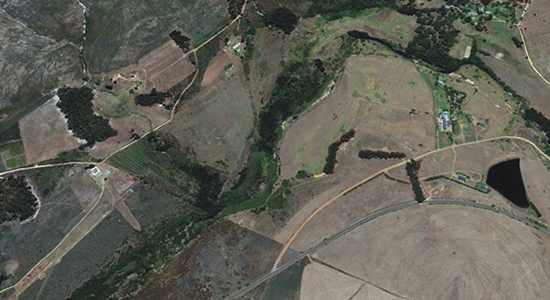 This 5 ha site hugs a wide part of the Klein River, dotted with little islands. It was heavily infested with invasive alien vegetation, which has now all been cleared. Sporadic regrowth of indigenous vegetation indicates the previous presence of woodland.

A chunk of pasture has been sacrificed and that area will be integrated in the new forest. The site has been fenced in to protect it against grazing cattle.

The whole of the rehabilitation site includes a dryer area, higher on the hill, covered with remnants of critically endangered Elim ferricrete fynbos, which will also be rehabilitated. This type of fynbos occurs on land very suitable for agriculture and has mostly been ploughed up. Little of it is left and most of the species of this type of fynbos are listed as endangered on the IUCN red list.

In the end of the day, the WPO site will connect to the TfT, two further to the East along the Klein River, bringing integrity back to the river and the riparian area, creating a bulwark against erosion and a corridor for wildlife. 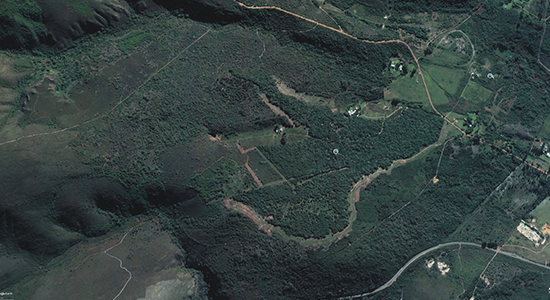 “Platbos”, Afrikaans for ‘flat forest’, is the Southernmost forest of the African continent.
Platbos is a relic forest and bit of a botanical mystery. Contrary to other relic forests in the Cape of South Africa, It occurs in deep sandy, alkaline soil on north-facing, gently undulating and dry terrain.
There are many age-old trees in Platbos with some over 1000 years of age. Draped in “old man´s beard”, the trees have gnarled, twisted trunks and branches, folded and creased like the wrinkled limbs of elephants. The pure forest air nurtures a myriad of lichens that mottle the tree bark in patterns of orange, pink and white. During the wet, winter months, the mosses and epiphytic ferns that make their home on the trees come to life in brilliant shades of green.
Reforestation occurs along the edges of the present forest and there are plans for reforestation on the neighbouring properties. The whole of Platbos is protected and a declared Private Nature Reserve.
Platbos Forest is open to the public for day-walks and trails and there are several accommodation options available on a self-catering basis.