These are the different tree species we plant to create diversity in the forest. We only use indigenous plant species. 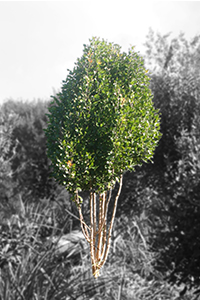 Medium to large tree up to 20m. Probably not called Assegaai because the wood was used to make asegaais, but because the leaves look like the blade of an Assegaai. 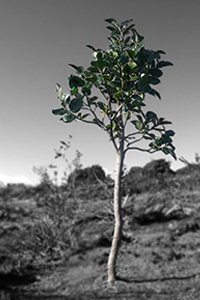 Small tree up to 15 m with glossy darkgreen foliage and white flowers. Leaves browsed by Klipspringer and Grysbok. The tree is popular with fruit-eating birds. 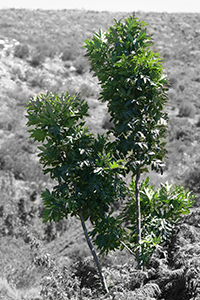 Tree up to 25 m. Used all over South Africa as a street tree. The rather large fruit is eaten by baboons, monkeys, bushpigs, various antelope species and fruit-eating birds. 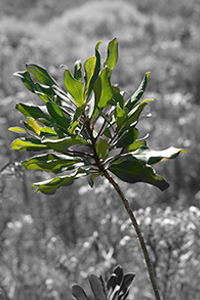 A tree up to 20m. The Cape Beech is the staple-tree of the moister Afromontane forest remnants in the Western Cape and a forest pioneer. The fruit is a black-purple berry much sought after by birds. 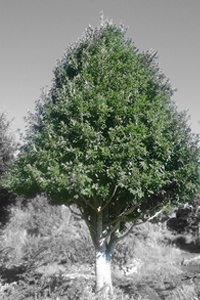 Large tree up to 25m with separate male and female trees. The Cape Holly has an intimate connection to running water up to the point that it prefers its roots in the stream, just to make sure it is really there. 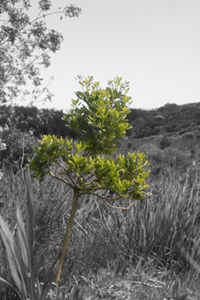 Fast growing tree up to 20 m. An adaptable species which has colonized a vast area from India to the Western Cape of South Africa. Attracts a plethora of birds and insects. 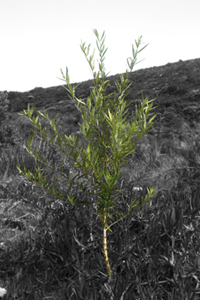 Commonly thought of as a shrub, but in a developing forest it will keep up pace with the surrounding trees, develop a straight stem and become a real and tall tree. A valuable tree for bee-keepers. 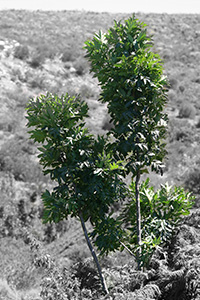 Large tree up to 25 m. One of the fastest growing of indigenous trees and a forest pioneer. Its distribution is restricted to the Western and Eastern Cape of South Africa. 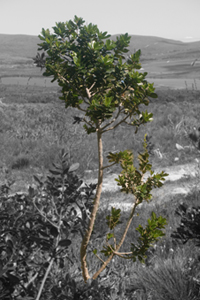 Small tree up to 10m, but can become ancient. Being fire resistant to a high degree, it is a useful reforestation tree, planted along the fire-prone edges of the reforestation site. 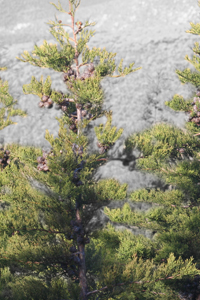 Conifer up to 10 m but nowadays only small specimens can be found. Still common in the Western Cape mountains in between fynbos. It resprouts after fire. 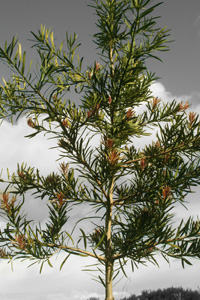 A tall up to 30m conifer with separate male and female trees. This yellowwood has been over- harvested and was highly valued for beams, floors, tables and railway-sleepers. 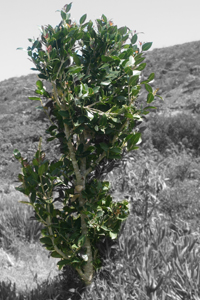 A modest tree which is very variable in size, but mostly 5-8m. If given space, it will develop into a fair and elegant tree. If in competition with other trees, it will remain a straggly understorey tree. 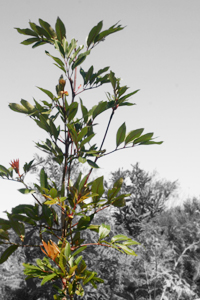 A tree up to 30m occurring on streambanks and in moist forest. If she is not happy, she will quickly wither and die, but when planted in the right spot it, she will develop quickly into a stunning tree. 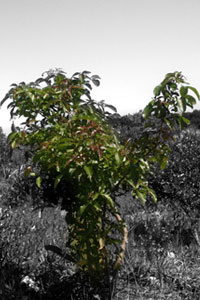 Fast growing tree up to 20m. Heavily armed with spines as a young tree. The spines disappear in maturing trees. In the past the wood was extensively used for flooring and furniture. A small tree up to 5m, occurring mostly as an understory tree or at the margins of the forest. In spite of its common name, it does not grow in rocky areas. 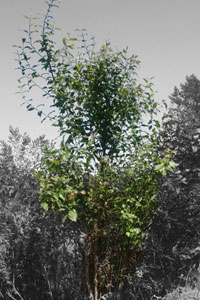 Mostly small -multi-stemmed- understory tree, but can grow up to 30m in forest. Prefers the forest edge. Striking orange-red tubular flowers which are visited for its nectar by sugar birds and bees. 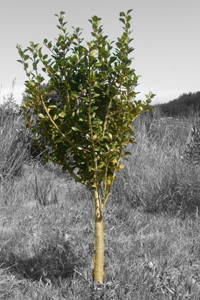 Large tree, up to 25 m, but not many large specimens are left. The most pliant reforestation tree, happily adapting to most forest habitats, from rather dry to really moist. 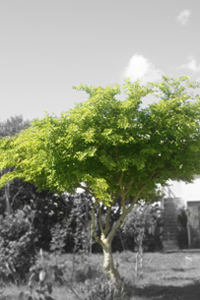 A large tree up to 40m. One of the few South African deciduous trees. It will grow in dense forest or solitary. The fruit is a drupe, yellow at first, brown when ripe and cherished by baboons and birds. 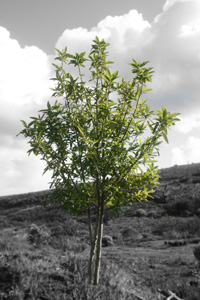 Fast-growing tree up to 20m. This multi-stemmed and re-coppicing tree was an important source of excellent fuel before the introduction of alien trees. 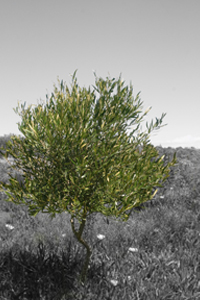